Worldwide, the best locations for sport fishermen to cast a line include Florida, Hawaii, and Costa Rica. Many of the same species of fish frequent all three locations and others around the globe. Costa Rica is favored by sport fishermen and women for a variety of reasons, one being its affordability; another being the variety of Atlantic, Pacific, and inland fishing available. It doesn’t hurt that non-fishing members of the party will also have a good time either watching loved ones have fun during the boat ride or taking part in their own nautical adventures like para-sailing and windsurfing. 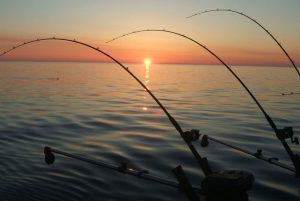 Travel up and down those two coastlines and you will see boats on the water; boats moored, waiting for passengers; captains and crew busily getting ready for a season or for a day; perhaps even putting their boats away if the fish they specialize in catching are only available on a seasonal basis and the season is over. There is usually something worth catching off the coasts of Costa Rica and along its northern rivers.

Always choose a registered, insured, licensed captain and go with your gut. This should not be a cheap transaction but one where you feel confident the vessel is safe and your safety is of the utmost importance. It’s okay to ask to see the life jackets and flares before setting off and to hear for yourself that the radio works before placing cash and, more importantly, the safety of loved ones into the hands of a stranger. Costa Rica Sport Fishing packages is credible and has plenty of options to choose from.

Top places, however, include Playa Flamingo and Playa Carrillo, Drake Bay, Jaco, and Tamarindo. All of these areas follow the western coastline. In the east, you have Limon, Cahuita, and Tortuguero. Head north and follow the rivers there near Arenal and Caño Negro (black channel).

Species of Sport Fish and Where to Find Them

These are the regions for sport fishing in Costa Rica plus a few others where one might find a hotel or a resort, and there is more to do besides fishing. For the visitor with a one-track mind, however, it is important to know which fish visit which locations. For example, Snook, Tarpon, and Rainbow Bass are all river fish. The three of them are all seen and caught at Caño Negro, but while the Rainbow Bass is also closer to Arenal, Snook and Tarpon head east along San Juan River. Bass and Snook taste great and are easy to cook. Snook is a particularly welcome plate at the supper table. Tarpon should be regarded as a sport fish; a worthy opponent only.

Snapper likes the west, any part of that coast. Fishing charters will come upon them up and down this shoreline but probably will not see them in the east. As most people know, snapper is not only edible but delectable.

MahiMahi (Dorado or Dolphin Fish) don’t discriminate; they like the east and west equally, part of the reason they are so popular with fishermen. In fact, Mahi Mahi are among the most coveted of piscine prizes. While edible, perhaps the aspect of catching Dorado most enjoyed by those fortunate to catch one is the fight they put up. Believe it or not, some fish simply are not as vigorous on the line as the species listed here which is why they are listed as sport fish.

Wahoo are equal opportunity swimmers, just like the Mahi Mahi. One might catch both Wahoo and Dorado on the same fishing trip. Both of these fish are potentially large, trophy-worthy animals and taste great, but you need to keep the Dorado meat moist as you cook it (poaching in broth or sea-salted water could do the trick). Fishermen claim the Wahoo is one of the best-tasting sport fish around and it doesn’t take a lot of preparation to wind up with a flavorful finish.

Meanwhile, Sailfish is not coveted as much for its flesh as for the thrill of reeling one of these beasts into the boat. That’s not to say you should waste a beautiful fish; the flesh is edible, but it’s worth following a few culinary tips to make the most out of dinner if you are unfamiliar with its flavor and the potential failure it can be on the plate for the unwary chef. But you probably don’t fish in Costa Rica for food. The hunt is your joy.


Posted in Uncategorized by canfishadmin with no comments yet.